Meet the experienced and friendly doctors and staff who make Virginia Eyecare Center the leading provider of vision care products and services in Burke. 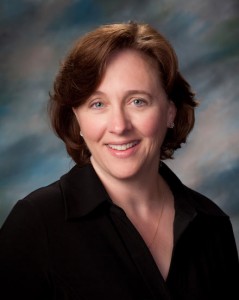 Dr. Anne, as our staff and patients call her, graduated from LeMoyne College, in Syracuse, NY, with a Bachelors of Science in Biology in 1987. In 1991, she received her Doctor of Optometry degree from Pennsylvania College of Optometry in Philadelphia. She began her career in optometry in New Orleans, LA. She has resided and practiced in Burke, Virginia since 1993. The Virginia Optometric Association recognized Dr. Anne as Virginia’s Young Optometrist of the Year when she received the Vanguard Award in 1996. Dr. Meccariello has lectured to the Virginia Paraoptometric Association and has been published in Optometry and Vision Science. In addition to practicing primary care optometry, her areas of specialty at Virginia Eyecare Center include difficult contact lens fits, and diagnosis and treatment of visual and ocular conditions. She particularly likes working with the pediatric population. Dr. Anne spends her free time with her husband and two sons. She enjoys participating in or watching all things athletic, reading, cooking, and wants to improve her photography skills. 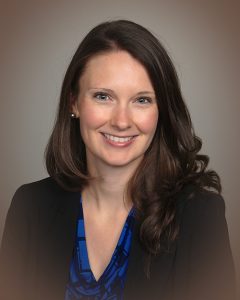 Dr. Shay graduated with honors from the University of Pittsburgh in 2008, where she majored in Rehabilitation Science. In 2012, she received her Doctor of Optometry degree from Southern College of Optometry (Memphis, Tennessee). In addition to graduating at the top of her class, she was also honored to receive the SCO Outstanding Clinician Award. Dr Shay is highly skilled in full scope optometry and has extensive experience in the specialties of Glaucoma, Contact Lenses, Dry Eye Disease, and Pediatrics. Dr. Shay participates in the InfantSEE program, which provides a free eye exam to babies 6-12 months old. One of her passions is early detection of vision problems in children. As part of her training, she worked at Walter Reed National Military Medical Center where she had the opportunity to examine and treat soldiers with traumatic brain injuries. In 2018, Dr. Shay and Dr. Tim won the Hayes Center for Practice Excellence Award from their alma mater Southern College of Optometry for demonstrating excellence in private practice. Dr. Shay likes to travel, read, watch and play sports. She especially enjoys spending time with her husband, Dr. Tim, and their two daughters. 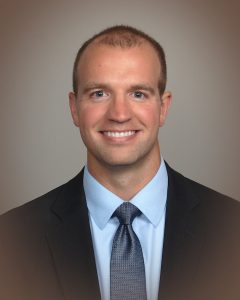 Dr. LaFreniere, or Dr. Tim, as many patients call him, is originally from Kansas. In 2008, he graduated as a Biology major with a minor in Business from Kansas State University. Dr. LaFreniere completed his optometric training in 2012, at the Southern College of Optometry in Memphis, Tennessee. His education and clinical experiences at the Southern College of Optometry, Walter Reed National Military Medical Center and the National Eye Institute have given him a wide range of skills in all aspects of patient care including pre-operative and post-operative care for various ocular surgeries, and the fitting of specialty contact lenses, including scleral contact lenses. He especially enjoys fitting patients for Corneal Refractive Therapy, which allows nearsighted people to wear a contact lens overnight and be free of contacts and glasses during the day. This is a therapy that has been proven in studies to decrease the progression of nearsightedness in children. He is a full scope optometrist providing comprehensive eye health examinations and medical office visits with an emphasis in disease and technology based testing. He specializes in providing the latest treatments for Dry Eye Disease. In 2018, Dr. Tim and Dr. Shay won the Hayes Center for Practice Excellence Award from their alma mater Southern College of Optometry for demonstrating excellence in private practice. Dr. LaFreniere is a life-long swimmer and an avid sports fan who enjoys fishing, physical fitness and cooking. He also loves to spend time with his wife, Dr. Shay, and their two daughters. 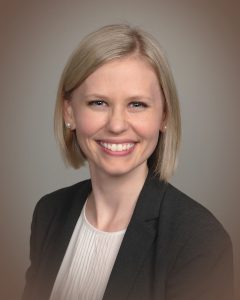 Dr. Huebner joined Virginia Eyecare Center in 2016 after practicing in the DMV region since 2014. After growing up in Nebraska, she completed her Bachelor’s degree at St. Olaf College in Minnesota. She then attended Southern College of Optometry in Tennessee, graduating with Gold Key Honor Society membership in 2014. She has grown fond of Northern Virginia and now calls the region home. Dr. Huebner takes pride in the compassionate care she provides her patients. She has a special interest in geriatric care, including Glaucoma, Macular degeneration, and Cataracts. When not taking care of patients, she enjoys the outdoors and is an avid walker. She also volunteers in her community, enjoys singing choral music, and likes to travel the world with family and friends. 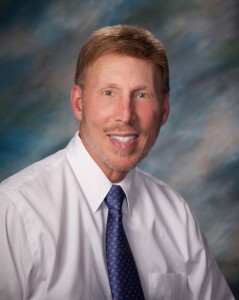 Dr. Caplan received his Bachelor of Arts degree from the University of Maryland. He also served as a medic in the United States Army Reserves until 1970 and received his Doctor of Optometry degree from the Pennsylvania College of Optometry, that same year. Dr. Caplan became the first optometrist in Burke, Virginia, when he opened his office in 1975. He is a past president of the Northern Virginia Optometry Society as well as the Springfield Lions Club. His main hobby is tennis. His professional interests include family eye care for all ages, contact lens care, treatment of medical eye problems and laser vision services. He retired in June of 2016 and is very missed by the staff and patients of VEC!

“"I had an accident on Saturday, The doctor came to his office right away to exam me. Wow! What a fabulous service from great doctors. I cannot say enough good things about these doctors and their staff. It is so reassuring to know that they are available and that they provide such superb care."”

Browse our online store for contacts and other eye care products.

You can request your next eye exam with us online!

Let's continue the conversation over on your social network of choice.

Leave Us a Review

Please take a moment and let us know how your experience was.